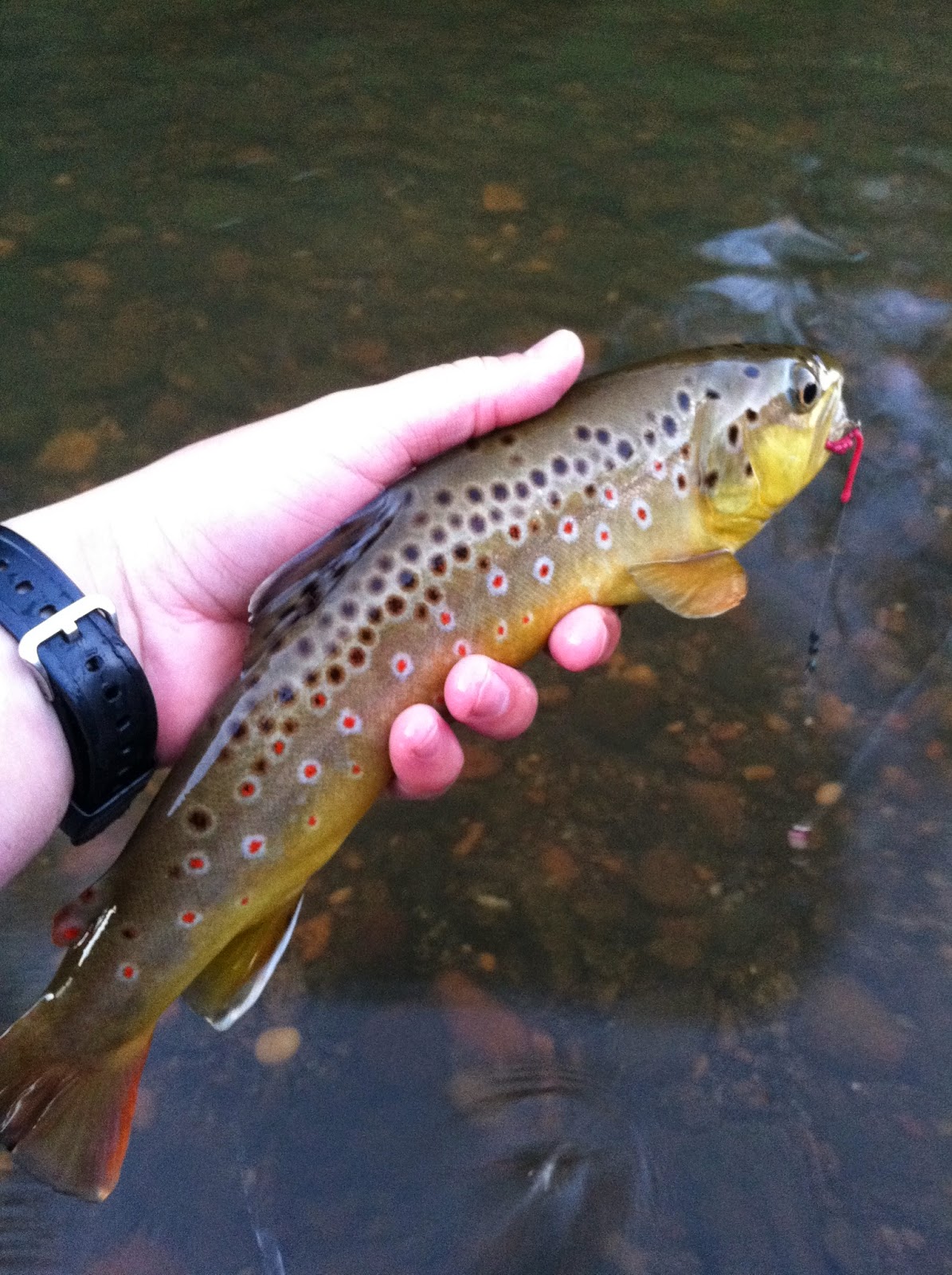 The month in general brings a party-style buffet of awesomeness to sportsmen from coast to coast. College and Pro football is in full swing, MLB World Series, archery season opens in several states, rednecks loving on NASCAR, fat kids loving on Halloween, and anglers loving the start of the Brown trout spawn.

Hormones start to rage in these spawning fish due to shortened days and decreasing water temperatures. The key ingredient during the spawning season is light. Egg development in female brown trout is stimulated by the shortened daylight hours of the fall season. According to the Wild Trout Trust, a typical female Brown trout will produce 900 eggs per pound of her body weight. From the same source, mortality rates among first year trout is typically greater than 95%. With these astronomical odds, keep a wary eye as to not wade into any redds (trout spawning areas) during your next fishing trip on your local river.

In many cases, spawning browns can be seen individually or paired in very shallow, riffled water. This is prime time to capitalize on the opportunity to catch these vulnerable browns while they’re in a very aggressive and agitated state. Presentation trumps specific fly patterns. The same brown that would only take a tiny sulphur emerger back in the summer is likely to accept larger, more suggestive offerings during the fall spawning season.  Wade slowly and take the time to scout out the riffles, runs and pools you typically cannonball into and speed fish. Be patient and persistent- it will pay off.


The wild brown in this video ate a weighted squirmy worm last week below Buford Dam on the Chattahoochee tail water.


Posted by Walters Fly Rods at 1:11 AM No comments:


Posted by Walters Fly Rods at 6:18 PM No comments:


Posted by Walters Fly Rods at 6:44 PM No comments:

Who's Ready For Fall Fishing?


Posted by Walters Fly Rods at 9:33 PM No comments: